Patmos is an island situated at the eastern Mediterranean see and it belongs to Dodecanese complex. Patmos was once voted from Forbes as one of the best places to live in Europe.

It is considered as one of the most famous locations for pilgrimage tourism due to the island’s long Orthodox history. According to the tradition, Saint John the Divine was inspired to write the Book of the Apocalypse inside a cave in Patmos. The Cave of the Apocalypse, the Monastery of St. John the Theologian and the Monastery of Patmos are some of the most significant theological sites one can visit. 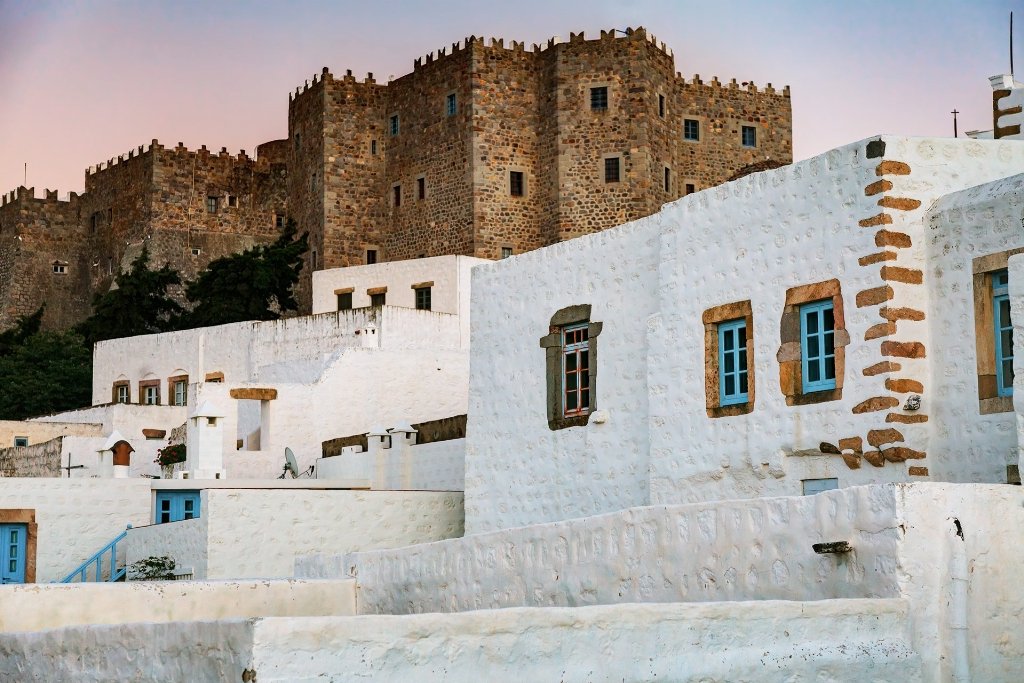 The historic center of Patmos, is Chora. The Monastery of St John the Theologian sitting above it, has been declared a UNESCO World Heritage Site. Whitewashed houses, restaurants with multicultural cuisine, bars and plenty of narrow streets and alleyways dated back to the 15th century for you to stroll for hours.

Apart from its religious heritage, Patmos is a place where you can enjoy relaxing, self-rejuvenating holidays. There is variety of beautiful sandy beaches (Agrio Livadi, Psili Ammos, Geranou) with wonderful clear blue waters. You can enjoy a day under the sun at the beach and in the afternoon have lunch in the seaside tavernas and restaurants. During the evening, you can choose one of plenty bars and enjoy your cocktail under the clear Greek sky.

Patmos is also famous for its hiking options. There are many footpaths across the island which lead to small chapels, hilltops and secluded beaches.

Since Patmos does not have an airport, it can be accessible by boat from Athens closest port (Piraeus). Reaching Patmos by boat would take you about 10 hours. Zela Jet can offer you the alternative way for visiting Patmos by chartering a helicopter. The flight duration from Athens Int. Airport is roughly 1 hour and 30 minutes. You can also access Patmos with a helicopter from Mykonos, Kos or Rhodes which are nearby islands with airports reachable by commercial flights.